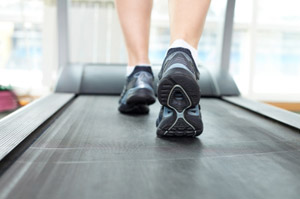 Health risk assessments and biometric screenings are foundational elements of many successful wellness programs. But knowing health risks and actually doing something to improve them is where some of us fall short.

Take obesity and physical inactivity for example. For the past few decades, the U.S. has held the dubious distinction of being the "fattest" nation in the industrialized world1 with roughly two out of three Americans either overweight or obese.

We're also one of the least active countries. Researchers recently found that Americans average just 5,000 steps per day2, far behind the Australians (9,500), Swiss (9,500) and Japanese (7,000). Most of us know we could stand to drop a few pounds and spend more time moving, but find it difficult to do so.

Fortunately, promising innovations are being applied today, that merge the latest in scientific knowledge with real-world application. The Mayo Clinic conducted research that shows that the primary difference between lean and obese individuals wasn't the result of crash dieting or hitting the gym, but the amount of time spent standing and walking versus sitting.3

Last year, Blue Shield's employee wellness program, Wellvolution, put this concept to the test by installing Walkstations at four of our campuses across California.

It's a radical, but simple concept: walk while working. Walking at two miles per hour or less, employees are able to perform their routine job responsibilities. Blue Shield has teamed up with leading researchers from Harvard University and UC Berkeley to evaluate improvements in health status, productivity and employee engagement.

While still early, the results are promising. Employee participation has been incredibly strong with a waiting list almost a year long and Walkstations fully utilized throughout the day.

Rather than carving out time for exercise, it's now integrated into the job. Thinking differently about wellness has provided a win-win situation for employees and Blue Shield.

- by Bryce Williams, Director of Wellvolution, Blue Shield of California