The future of COVID-19 vaccine research

Last updated: Nov 3, 2021
Here’s what scientists know now about the virus— and what they hope to know soon.

We’ve been living in a world with COVID-19 for less than two years, and during that time scientists have learned a tremendous amount. They’ve also developed multiple vaccines that fight the infection. But there is still so much we don’t know about the virus. And we don’t know how long it will take to get those answers.

To learn more about where the research stands and where we need to go next, we spoke with two top California-based scientists. Here’s what they had to say.

Research suggests that they do reduce transmission rates. In Israel, more than 50% of the country is fully vaccinated. Cases have plummeted, says Monica Gandhi, MD. She’s the associate division chief of HIV, infectious diseases, and global medicine at the University of California, San Francisco.

Multiple studies also suggest that the vaccines can reduce the amount of virus people carry, according to the Centers for Disease Control and Prevention. That helps cut transmission, too.

How long does immunity last after the shot(s)?

“Right now, we don’t have data yet to know for sure. But it appears [to last] at least six to eight months,” says John Swartzberg, MD. He’s clinical professor emeritus in the division of infectious diseases and vaccinology at the University of California, Berkeley. A recent study published in Science found that around 95% of people who had COVID-19 still had a robust immune response eight months later.

Pfizer released data in April showing its vaccine is 100% effective against severe disease for up to six months. Given that the vaccines have been used widely for only six to eight months, it’s not surprising that we don’t know yet if they’ll last longer. We’ll learn more as each month goes by.

What’s next: The people involved in vaccine clinical trials will still be followed for at least two years, notes Dr. Gandhi. As results become available, we should have a better sense of what efficacy looks like. But even after that, researchers will study the vaccines to decide whether some kind of booster is needed.

How effective are the vaccines against the new variants?

Initial research suggests that you’re still protected, according to the CDC. For instance, the Moderna vaccine appears to be equally effective against the Alpha strain, although less so with Beta. And the World Health Organization has reported that the shots can help prevent severe disease in people infected with the Delta variant.

But even if the vaccines aren’t as effective against the variants, that doesn’t mean they don’t work, adds Dr. Gandhi. “Research shows that your T cells, which are key to your body fighting COVID-19, remain active against the virus even when it’s a variant. That should provide protection, especially against severe disease.”

What’s next: As variants spread, we will continue to get real-life data about how well the current vaccines work against them, says Dr. Gandhi. In the meantime, vaccine makers plan to test booster shots tailored to specific strains.

Are the vaccines safe and effective for pregnant women? Does immunity pass to the fetus?

The answers appear to be yes. “Pregnant women were initially excluded from clinical trials. But it turned out quite a few women got pregnant during the studies. We learned that it did protect them and was safe,” says Dr. Swartzberg. The CDC has since launched a COVID-19 pregnancy registry. So far more than 130,000 pregnant women have gotten the vaccine without any unusual side effects.

Other good news: A small study recently found COVID-19 antibodies in new moms’ umbilical cord blood and breast milk. That suggests that immunity was passed on to their babies.

What’s next: Pfizer launched a study of more than 4,000 healthy pregnant women this past February. They and their infants will be followed for 7 to 10 months. The goal is to see if the babies develop protective antibodies against the virus. The CDC will also continue to monitor women through its pregnancy registry, adds Dr. Gandhi.

Are the vaccines safe and effective in younger children and babies?

We don’t know yet. Pfizer announced the results of its clinical trials in kids ages 12 to 15 this past March. The vaccine was safe and 100% effective in this age group. The FDA authorized the shot for use in May for kids 12 and up. But studies still need to be conducted in younger children. “First, they have to figure out the best dose to give them. Generally, it’s a quarter or a half of what’s given to adults,” explains Dr. Gandhi. “Then they have to test the vaccine for safety and ability to generate an immune response.”

What’s next: Both Pfizer and Moderna began to study their COVID-19 vaccines in children under the age of 12 in March. In April, Johnson & Johnson began testing its shot in kids ages 12 to 17. But the results of all these studies may not be available until this fall, notes Dr. Gandhi. That means that most younger kids likely won’t be able to get vaccinated until late 2021 or early 2022.

Are there any long-term side effects of the vaccine?

Probably not. “If you look at the vaccines we have developed over the last 115 years, you’ll see that almost all of the serious side effects occur in the first six weeks,” says Dr. Swartzberg. “We haven’t seen [many long-term ones].”

Very rarely, the shot from Johnson & Johnson may be associated with blood clots and low platelets within the first few weeks. The condition occurs in about 7 of every 1 million vaccinated women under age 50, according to the CDC. Because of this, experts are recommending that you watch for the following symptoms for three weeks after receiving this shot:

Although it’s unlikely that you’ll experience these signs, it’s important to seek medical care quickly if you do.

There have also been some reports of heart inflammation after receiving the Pfizer and Moderna vaccines. It mostly affected young men and boys 16 and older, according to the CDC. The condition tended to begin within a few days, and most patients recovered quickly with treatment. Symptoms to watch for include chest pain, shortness of breath and palpitations.

There is some good news: The vaccines do appear to help ease some of the symptoms of COVID-19 that can occur among “long haulers,” people whose symptoms can linger for weeks or even months, says Dr. Gandhi. “We don’t know why that is, but it seems as if it actually tames down the out-of-whack immune response that can occur among some people infected with COVID-19.”

All Californians ages 5 and older are eligible for the COVID-19 vaccine. To learn how to schedule your appointment, visit My Turn.

The information in this story is accurate as of press time and posting. To limit the spread of the coronavirus, it’s important to continue practicing social distancing (keeping at least 6 feet away from people outside your household) and washing your hands frequently. You should also be appropriately masked per CDC guidelines. Because the situation surrounding COVID-19 continues to evolve, we encourage readers to follow the news and recommendations for their own communities by using the resources from the CDC, WHO, their local public health department, and our COVID-19 member site.

Ready to schedule an appointment for a vaccine? 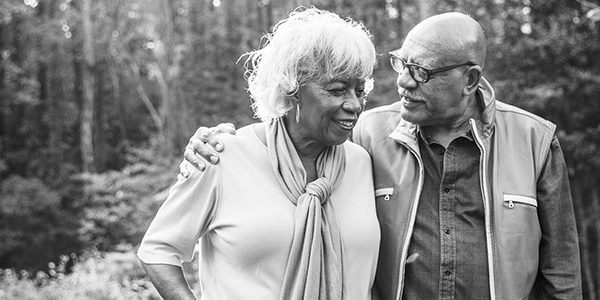 What we know about long-term COVID-19 right now

Here’s what scientists have learned so far about the most common lingering effects and how to manage them.

Removing barriers to getting a COVID-19 vaccine

We are working hard with the state to make the vaccines available to everyone. 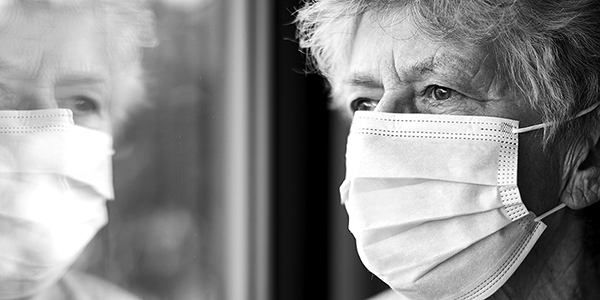 Getting vaccinated will help protect you from getting the virus. 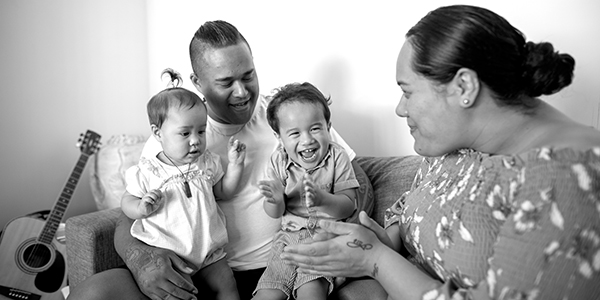 We answer common questions those in Pacific Islander communities may have. 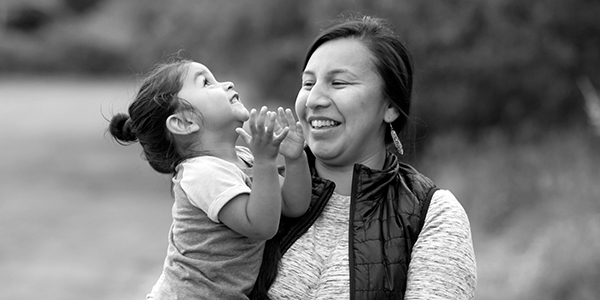 We answer common questions those in Indigenous peoples of America communities may have. 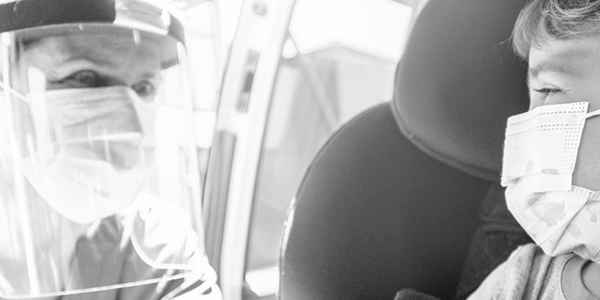 Your simple guide to COVID-19 testing

Discover the differences between the two types of diagnostic COVID-19 tests and learn which one may be best for you. 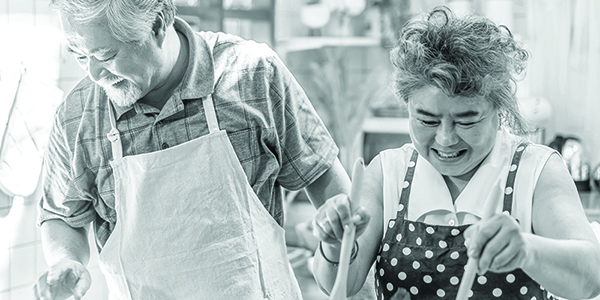 Your 5-step plan to stay safe with diabetes

Now’s the time to double down on good blood sugar control. But that’s not your only safety measure. 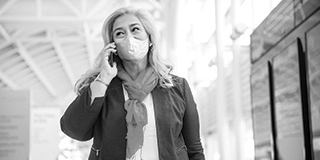 If you’re an older adult or have underlying conditions, it’s hard not to worry about COVID-19. But knowing the details can help you stay healthy. 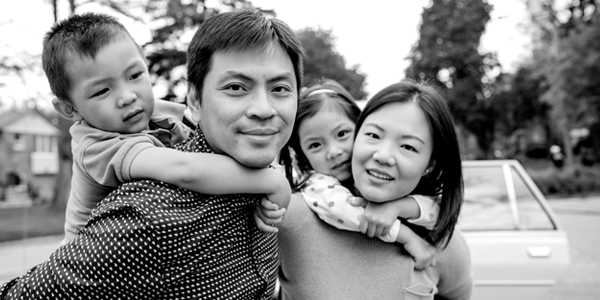 We answer common questions those in Asian communities may have. 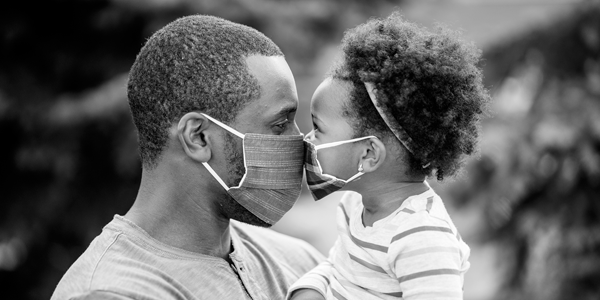 We answer common questions those in Black communities may have. 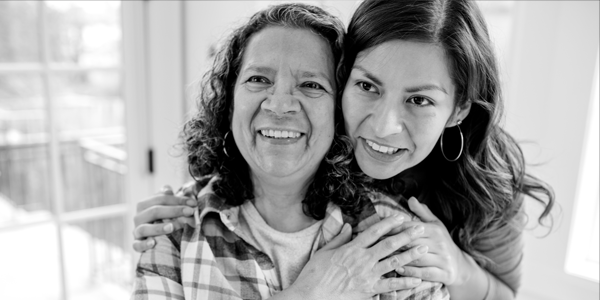 We answer common questions those in Hispanic/Latino communities may have.

What you need to know about COVID-19 vaccines for teens

Some teens 16 and up are eligible to get the vaccine now. 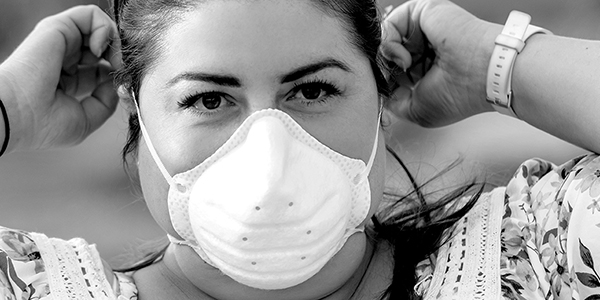 What to know if you have an ongoing health condition

The vaccines are highly recommended for people with chronic illnesses. 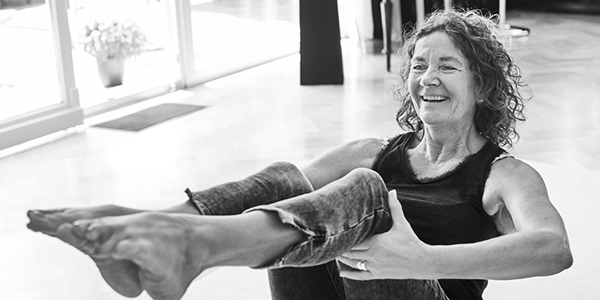 The high-risk people who need the COVID-19 vaccine most

If you’re living with lung disease, hypertension, or diabetes, getting the coronavirus shot is especially important. 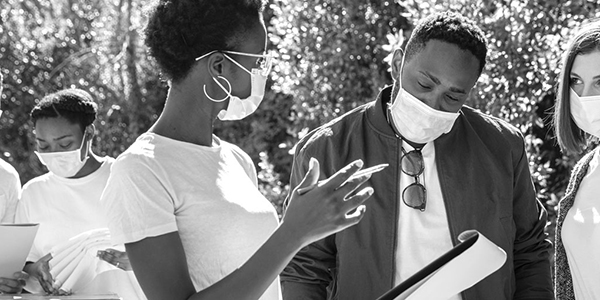 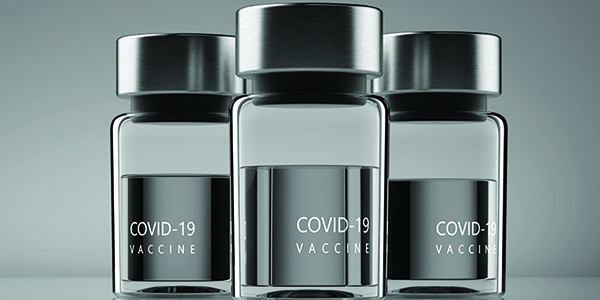 Learn how the three approved shots stack up and find out why all of them can help keep you safe.

Get to know your treatment options for COVID-19

Learn about the latest treatments available for adults and children with mild, moderate, or severe COVID-19. 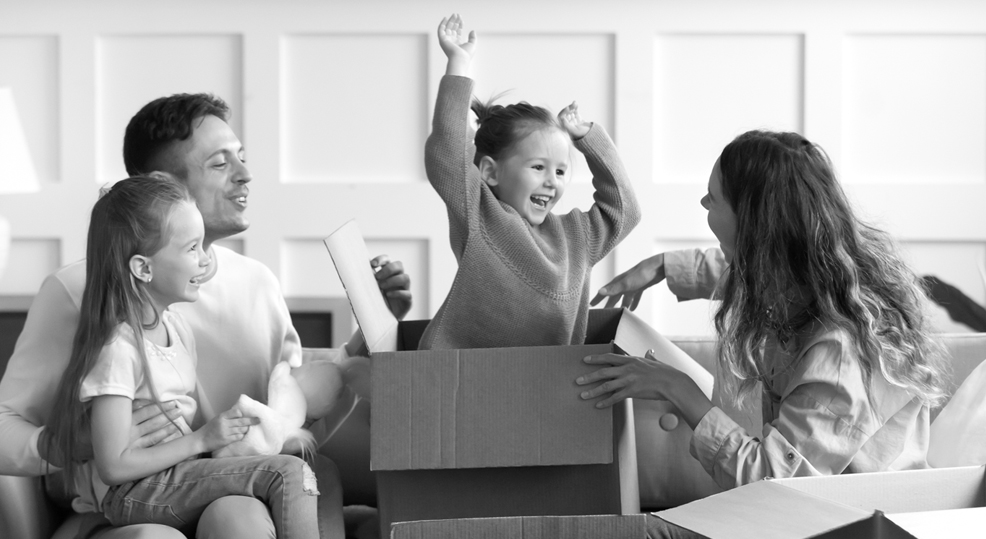 A parent’s guide to the COVID-19 vaccine

What you need to know to help protect your child from COVID-19.

What everyone with diabetes should know about the COVID-19 vaccines

How long will you wait for a shot? What are the side effects like? Here’s the essential info you need. 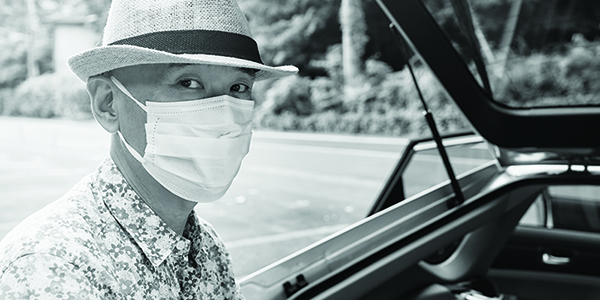 Heart disease and COVID-19: Your 5-step plan to help you stay healthy

Now that the coronavirus has your attention, here’s how to help protect yourself. 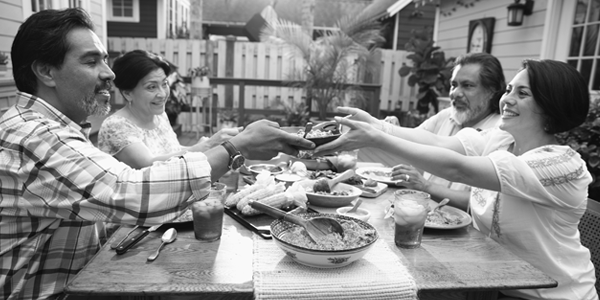 Your biggest questions about flu shots and COVID – answered

Learn how to protect yourself and your family from getting sick this winter. 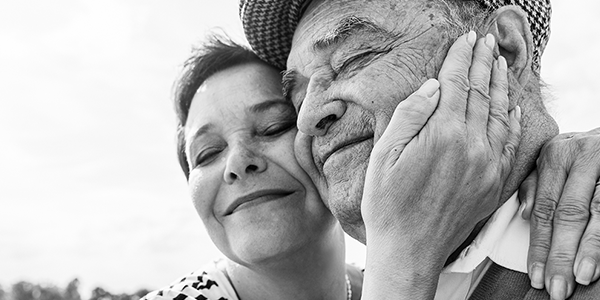 When to get the updated COVID-19 booster

Updated booster shots are here. Learn when is a good time to schedule one – and how to maximize your protection. 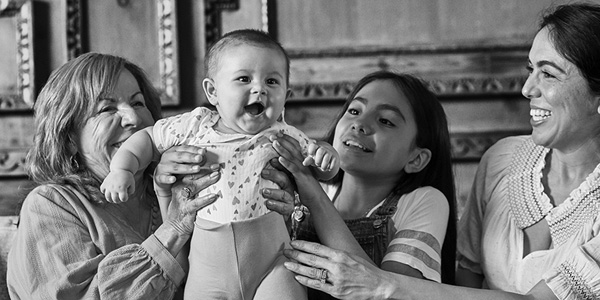 Helping you – and every community – with COVID-19 support

Here are five ways we’re helping you and your family stay healthy.

Pick the best COVID test for every situation

An at-home rapid test may be a better option than a PCR test. Find out why. 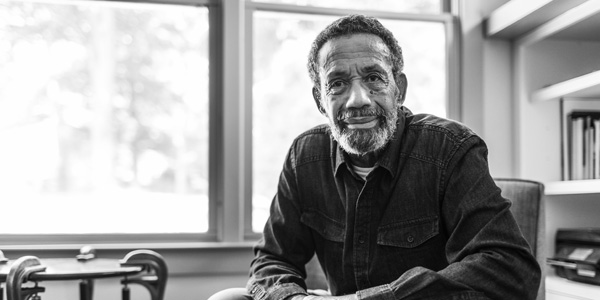 The latest COVID-19 treatments: How they work and who they’re for

These medications can help people recover from the virus. But they’re not for everyone. Find out when and why your doctor might recommend one. 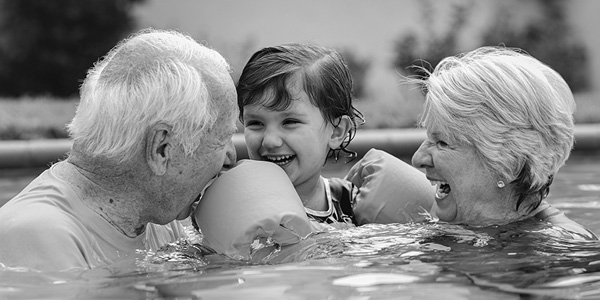 Your helpful guide to COVID-19 vaccines for little kids

You can now protect your child under 6 with safe and effective COVID-19 shots. 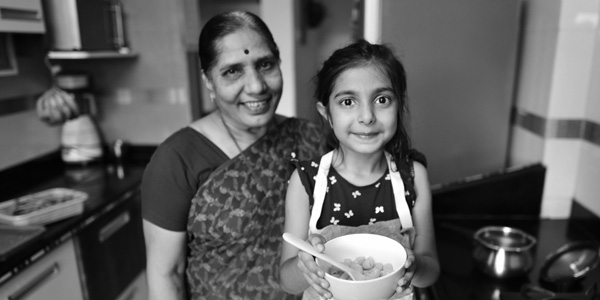 Myths and facts about long COVID

What you need to know if some of your COVID-19 symptoms linger.